Turn Up the Music! A List of K-Pop Groups You Should Be Listening to 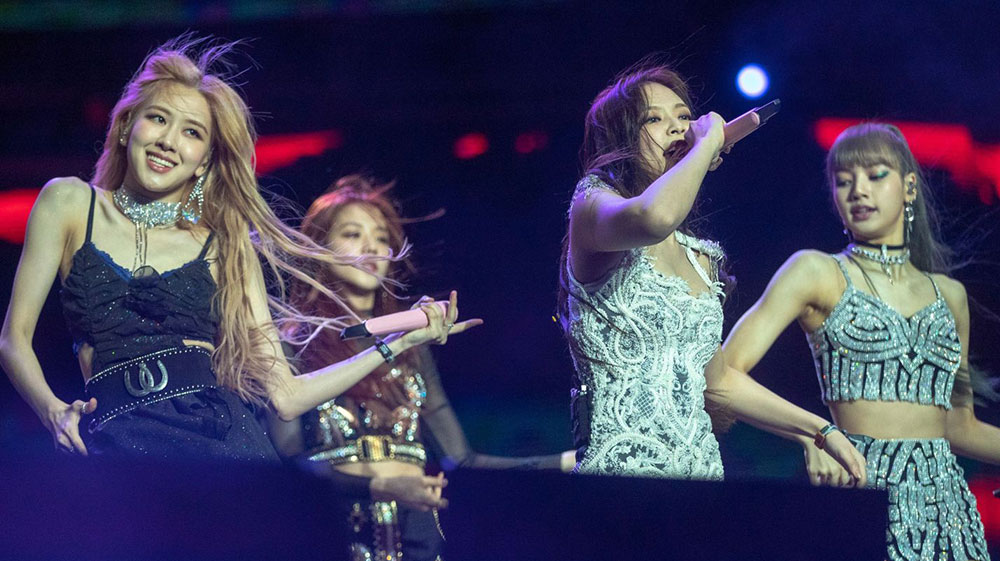 K-pop is taking over the world, and there’s so many underrated artists! Groups like EXO, Dreamcatcher, MONSTA X, ATEEZ, ENHYPEN and more that have also made their mark in the music industry with catchy songs and enviable dance moves.

Of course when it comes to talking about K-pop, BTS immediately comes to mind. The seven-piece boyband — comprised of Jungkook, Jimin, V, Suga, Jin, J-Hope and RM — stepped onto the scene in 2012, and have been breaking records ever since.

“In the past, we had clear goals and a thirst. We had to do well — we were desperate,” Jungkook said when talking about their success with WSJ Magazine in November 2020. “I still have a similar mindset. It’s the achievements we’ve made every step of the way that are prompting me to want to challenge myself more.”

In the same interview, Jimin talked about the group’s rise to fame and noted, “Before, we were all just fixated on looking for the camera when the red light came on. Now we feel more relaxed.” With an avid fanbase of ARMYs and the promise of new music in the future, these boys aren’t going anywhere any time soon.

Although there’s plenty of all-boy k-pop groups stealing the hearts of young girls all around the world, there’s also a strong girl power presence in the music genre. BLACKPINK, for example, has often been referred to as the world’s biggest girl group, something the members — Jisoo, Jennie, Rosé and Lisa — call a major achievement.

“We’re very honored to be named the biggest girl group because we all started wanting to be that,” Jennie said during a December 2020 Forbes interview. “And it’s hard to see the reality where people actually call us that … Even though it’s a big title and with the amount of love and support we receive … I guess we want to keep doing what we do, be a group of positive influences and keep making great music for you guys. We’re very grateful for how the world sees us and it gives us motivation.”

The four-piece mentions their fanbase’s response as part of their success. “We always listen to our fans’ feedback and monitor their responses because in these times, especially when we can’t meet them face to face, the feedback we get through social media is more valuable,” Jisoo added during the same interview. With a Coachella performance and Selena Gomez collaboration under their belt, there’s a lot more to come from these lovely ladies.

But, BTS and BLACKPINK are just the beginning! Scroll through our gallery for a list of K-pop groups you should be listening to.