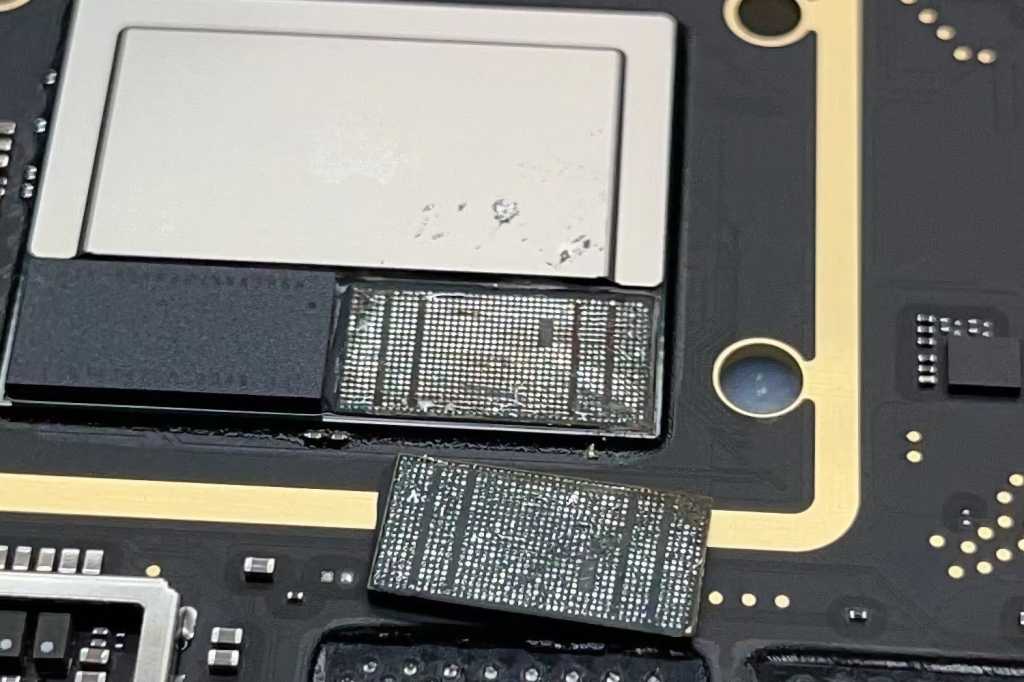 Apple’s M1-equipped MacBook Air, 13-inch MacBook Pro, and Mac mini have impressive speeds, but they also have integrated memory and SSDs that we assumed weren’t upgradable after purchase. According to a report coming out of China, however, adding more storage and memory isn’t impossible, it’s just not for the faint of heart.

As spotted by Macrumors, an engineer who is handy with a soldering gun was able to remove the 8GB of memory and the 256GB SSD from an M1 MacBook Air and then replace those parts with 16GB of memory and a 1TB SSD. The report says the modified Mac was up and running, with macOS Big Sur recognizing the upgraded parts.

The procedure isn’t a simple one, however, and will be extremely challenging for all but the most skilled technicians. Besides the difficult task at hand, there’s also the lack of quality control—removing and then replacing the parts certainly lessens the integrity of the hardware setup. This also voids the warranty, and there’s the possibility that the unofficial parts will cause incompatibility with future macOS updates.

If you’re considering the purchase of an M1 Mac and you have concerns about the baseline configurations of the memory and SSD, you should address it and pay for the upgrade of 16GB of memory and a larger SSD at the point of purchase. Current M1 Macs top out at 16GB of memory, but the next round of Apple silicon Macs, including MacBooks and iMacs, are rumored to support more than 16GB of RAM.

However, this information does raise the possibility that M1 Mac upgrade services could be offered at some point. While such a program is unlikely to come from Apple and might not be worth the expense, older M1 machines that still have life left in them could be prime candidates for extra RAM and storage, especially as the current machines begin to age.