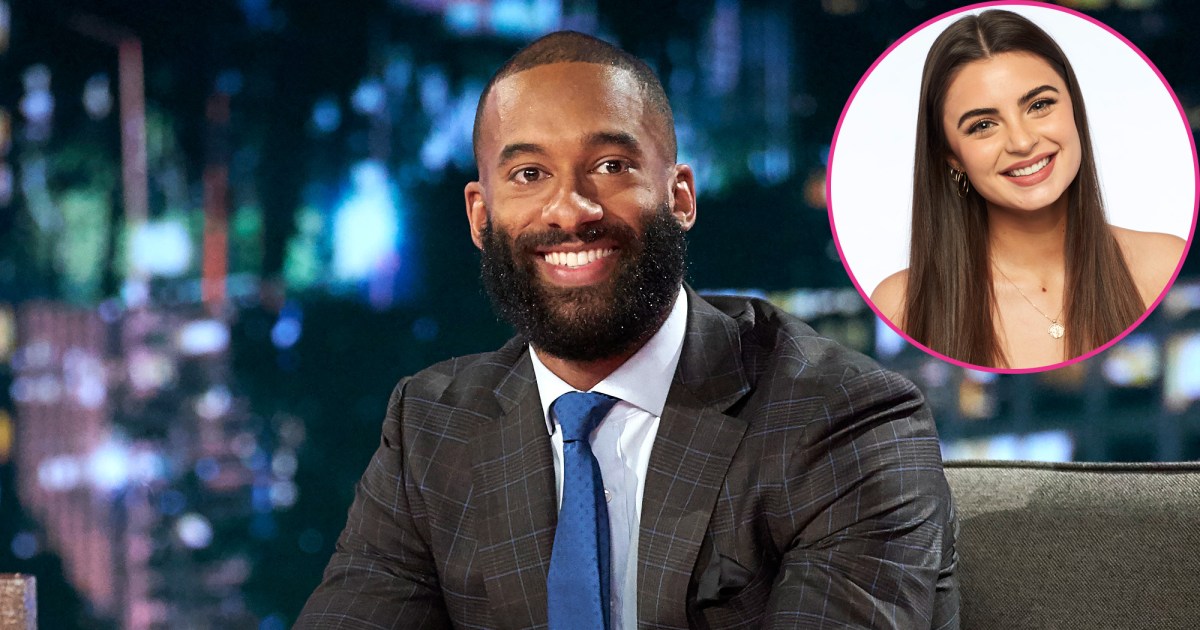 In the ring! Bachelor alum Matt James enjoyed himself at WrestleMania 37 in Tampa, Florida, on Saturday, April 10.

In photos and videos posted to the 29-year-old’s Instagram Stories, Matt appeared to go backstage at the event to meet up with Total Bellas star Brie Bella and her husband, Daniel Bryan, who made an appearance at the event for the Hall of Fame ceremony alongside Brie’s twin sister, Nikki Bella. Matt, Brie and Daniel also posed for a photo with Bachelor Nation alum Jason Tartick.

The outing comes just one day after Bachelorette alum Clare Crawley took to Twitter to throw shade at the ABC Food Tours founder amid his recent dating controversy with season 25 winner Rachael Kirkconnell.

The North Carolina native was previously cast as one of the hairstylist’s contestants on season 16 of The Bachelorette — but Clare seemingly called out Matt before filming even began when she was made aware that he was selling videos on Cameo. The platform allows fans to pay for personalized video shout-outs from reality stars and celebs, and the Wake Forest grad appeared to be using the service at the time to generate donations for families in need due to the coronavirus pandemic.

“If you are doing interviews and creating Cameo accounts before you are even on my season … you are in it for the wrong reasons,” she wrote on Twitter at the time, including the hashtag “#dontwasteyourtime.”

The Sacramento native later clarified her comment in a separate tweet. “It was about MULTIPLE men and a general thought I was having while we sit here in a real-life crisis where someone’s (everyone’s) time [and] sincerity hold so much weight and value,” she wrote on Twitter the next day. Matt was later dropped from Clare’s season and cast as the season 25 lead on The Bachelor.

He and Rachael, 24, ended their Bachelor season as a couple but the pair announced their split during the After the Final Rose special. Less than a month later, they sparked reconciliation rumors when they were spotted together in NYC — though it appears things between the former college football player and the Georgia native have gotten rocky.

“He flew her to NYC. They’ve been working on their relationship privately over the past few months and taking the next steps to get back together,” a source told Us Weekly on Friday, April 9. While she was in town, Rachael discovered Matt was “talking to another girl,” the insider revealed. “She’s very emotional right now because she was very hopeful that things were going to work out. She’s still trying to process this.”

A second source told the outlet that everything was a “big miscommunication,” and that the reality star wasn’t “looking for a romantic relationship with Rachael” following their split. Life & Style reached out for comment but did not hear back by the time of publication.

Scroll through the gallery below to see photos of Matt enjoying WrestleMania amid his dating drama with Rachael.