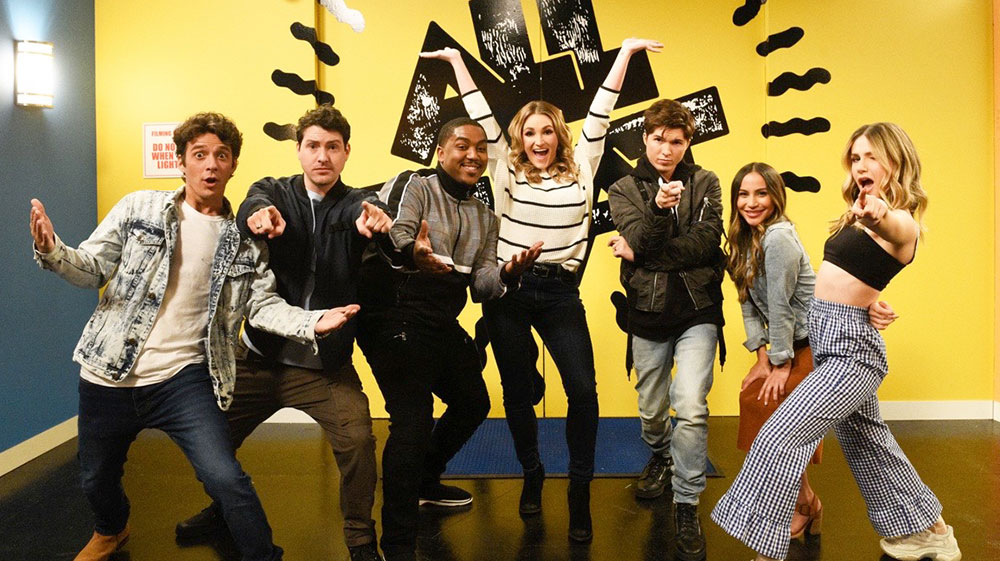 Nickelodeon fans officially said goodbye to Zoey 101 when the show aired its final episode in May 2008.

“The script, after that [cliffhanger], was just ‘dot dot dot,’” Jamie admitted to HuffPost in 2015. “The actual script, that was just it. It was supposed to be one of those things [where] you could make up your own ending.”

As for her version of the ending, during the same interview, the actress said, “I always assumed that Zoey and Chase would end up together,” adding, “Everyone always asks me what I put in the time capsule [from the final season], and I’m like, ‘It’s a show, I didn’t put anything!’”

Years later, and even though they’re all grown up, Zoey 101 fans are still wondering where their favorite characters would be now. That’s where the idea of the possible reboot came in.

“I definitely think we should give the fans what they’ve been asking for. We’ve had conversations, and hopefully things will come together quickly, but we also want to do things the right way, and find the right home for it … I would like it [to go Netflix],”  Jamie said during a May 2020 appearance on the “Better Together” podcast. “That’s the business side. Do I call Netflix? … I want it to happen. I’ve had conversations with people at Nickelodeon.”

Ever since the Sweet Magnolias star dropped the bomb in 2020, fans have been hoping for an update, but nothing has been set in stone just yet. In November 2020, Jamie even rereleased the iconic Zoey 101 theme song, “Follow Me,” and told Entertainment Tonight that she thinks the “reboot is going to happen even faster now that we have done this song … I think that all this did was push this to happen sooner.”

From the sound of it, the cast wants to bring back the show just as much as their former viewers want to see a reunion happen!

So, why did the show have to come to an end in the first place? Scroll through our gallery to uncover the real reason Zoey 101 aired its series finale.