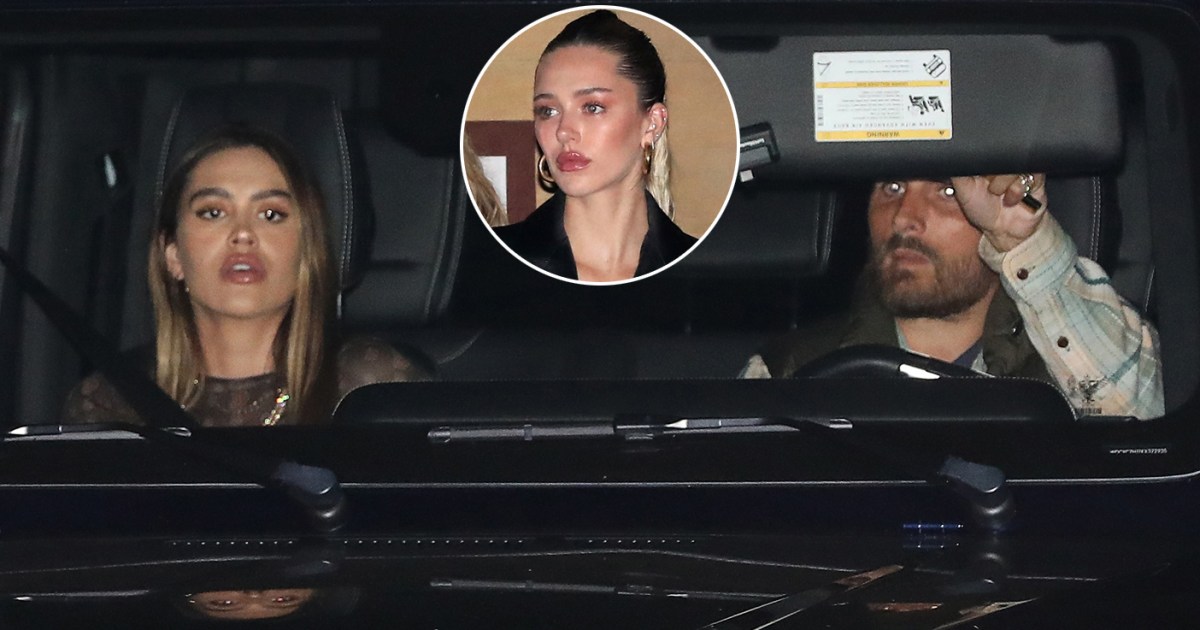 Family night out! Scott Disick and girlfriend Amelia Gray Hamlin were spotted enjoying dinner with her sister, Delilah Belle Hamlin, at Nobu in Malibu, California on Friday, May 7.

In photos obtained by Life & Style, the Keeping Up With the Kardashians star, 37, donned a green puffer vest, jeans and plaid long-sleeved shirt, while the model, 19, rocked a sheer patterned jumpsuit and heels. Amelia’s older sister, 22, wore a cream-colored maxi skirt with a belted leather jacket as a blouse.

While it appears Delilah — who is also a model — is all about her sister’s relationship with the Flip It Like Disick star, their mother, Real Housewives of Beverly Hills star Lisa Rinna, initially took some convincing when Amelia and Scott started seeing each other in October 2020.

“Initially, Lisa was wary of Scott because she’d heard about his playboy reputation,” an insider previously revealed to Life & Style. “But she was willing to give him the benefit of the doubt and he’s grown on her. Lisa would even be open to him making an appearance on RHOBH, she’s fallen for his charm!”

Amelia and Delilah’s dad, actor Harry Hamlin, was also on the fence about the couple at first. “Harry’s a very protective father and was worried that Scott would break Amelia’s heart,” a second source explained to Life & Style. “While Amelia is mature for her age, she’s still young.”

The insider added about the Mad Men alum, “From what he’s seen so far, Scott is treating Amelia well and respects her, so he’s going along with it and is trying not to interfere. But if Scott ends up hurting Amelia, I’m sure he’ll change his tune.”

Even the Talentless founder’s ex Kourtney Kardashian was unsure about the relationship — but she ended up giving Amelia her “seal of approval” when it comes to their romance, a third source previously dished to Life & Style. “Amelia is great with the kids, they like her. That’s all that really counts,” the insider explained. “She’s young, but she’s responsible enough and a good influence on Scott.”

Scroll through the gallery below to see photos of Scott and Amelia’s dinner at Nobu with her sister, Delilah!