Marijuana Social Clubs Are The Last Major Step for Legalization 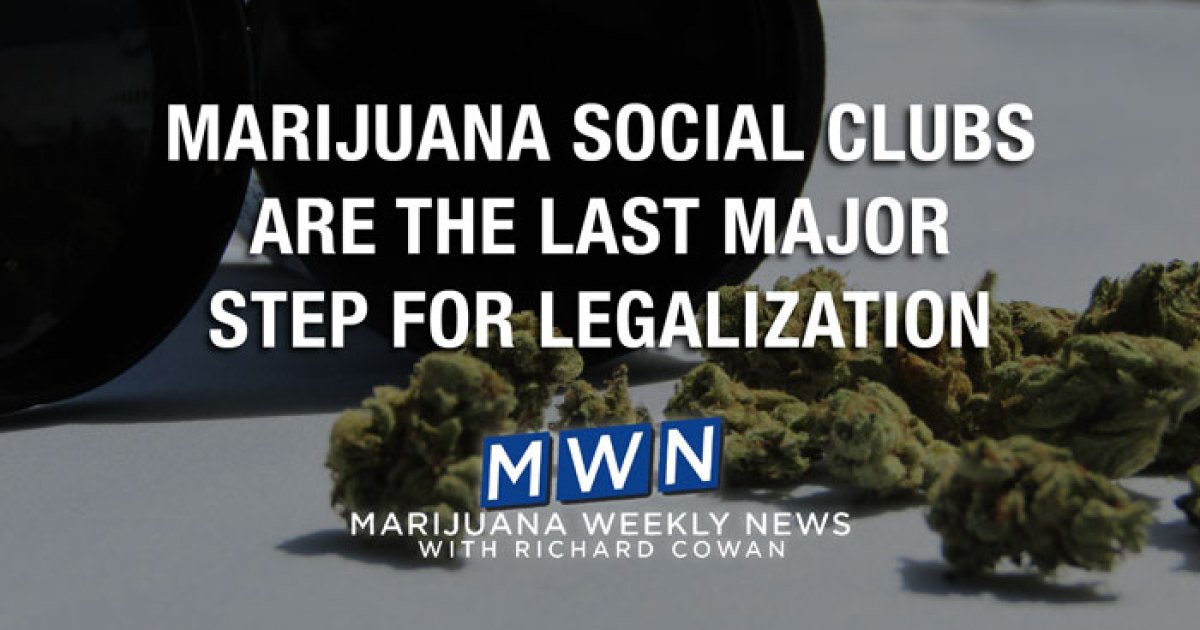 There are three major steps in the legalization of marijuana.

On 4/20 the Mayor of Denver signed an ordinance that would legalize places where customers could bring their own weed to smoke, as well as clubs that could sell small amounts of weed to be smoked there. But no one seems certain about when it will go into effect.  Well… As the saying goes, if the people will lead, the leaders will follow. There are already a number of “smoke-easies” where patrons can BYO their weed in Denver.

Similarly, Nevada’s legislature seems likely to authorize “consumption lounges”. New York’s new marijuana law leaves that issue to the local authorities, so New York City can and will almost certainly allow it. In any case, it seems  likely that both cities will have venues where patrons can legally consume their legal cannabis.

Of course, the Dutch did all that in the 1970s, but apparently they live on another planet, because no one in any other country on Earth has even considered copying their model where people can buy small quantities of cannabis and smoke it there or take it home.

But wait until they hear about Barcelona!

Barcelona has taken maximum advantage of a loophole in Spanish law. There are a large number of “Cannabis Social Clubs” that really are “Clubs”, but they are very friendly for strangers. Some of them are really lavish. It remains to be seen how many will survive the pandemic, which has devastated Spanish tourism.

For me, the key point is the word “social”. In the bad old days, I used to joke that there was a lot more smoke than sex in closets. But now I say, no more lies and no more closets. Marijuana has always been a “social drug” like alcohol, but without the violence. (The Dutch  police are almost never called to “coffeeshops.”) It is hard to imagine anything more “social” than sharing a joint or bong, but the pandemic will require improved “social hygiene.”

When Jefferson wrote the Bill of Rights he included Freedom of Assembly in the FIRST Amendment. (Congress shall make no law respecting an establishment of religion, or prohibiting the free exercise thereof; or abridging the freedom of speech, or of the press; or the right of the people peaceably to assemble, and to petition the Government for a redress of grievances.)

The term ”Smoke-filled room” is actually 101 years old: “The origin of the term was in a report by Raymond Clapper of United Press, describing rumors of the process by which Warren G. Harding was nominated at the 1920 Republican National Convention.” Of course, it was tobacco smoke.

Ironically, Dutch cannabis venues are called “coffeeshops” simply because it was easy to get a license to sell coffee, but most people don’t understand the historical importance of “coffee houses” as social, political, and business venues. (Lloyds of London began in a coffeehouse.)

Like Coffee Houses, Cannabis social and political venues will evolve among free people everywhere, but may not always be popular with the government. As Wikipedia reports, “Charles II later tried to suppress the London coffeehouses as ‘places where the disaffected met, and spread scandalous reports concerning the conduct of His Majesty and his Ministers’, the public flocked to them.”

Whatever they are called, we certainly need places where “the disaffected” can meet and enjoy cannabis and the rights of a free people.  And no one will really be free, until everyone is free.

Richard Cowan is a former NORML National Director and author of  CBD Help You To Quit Smoking?