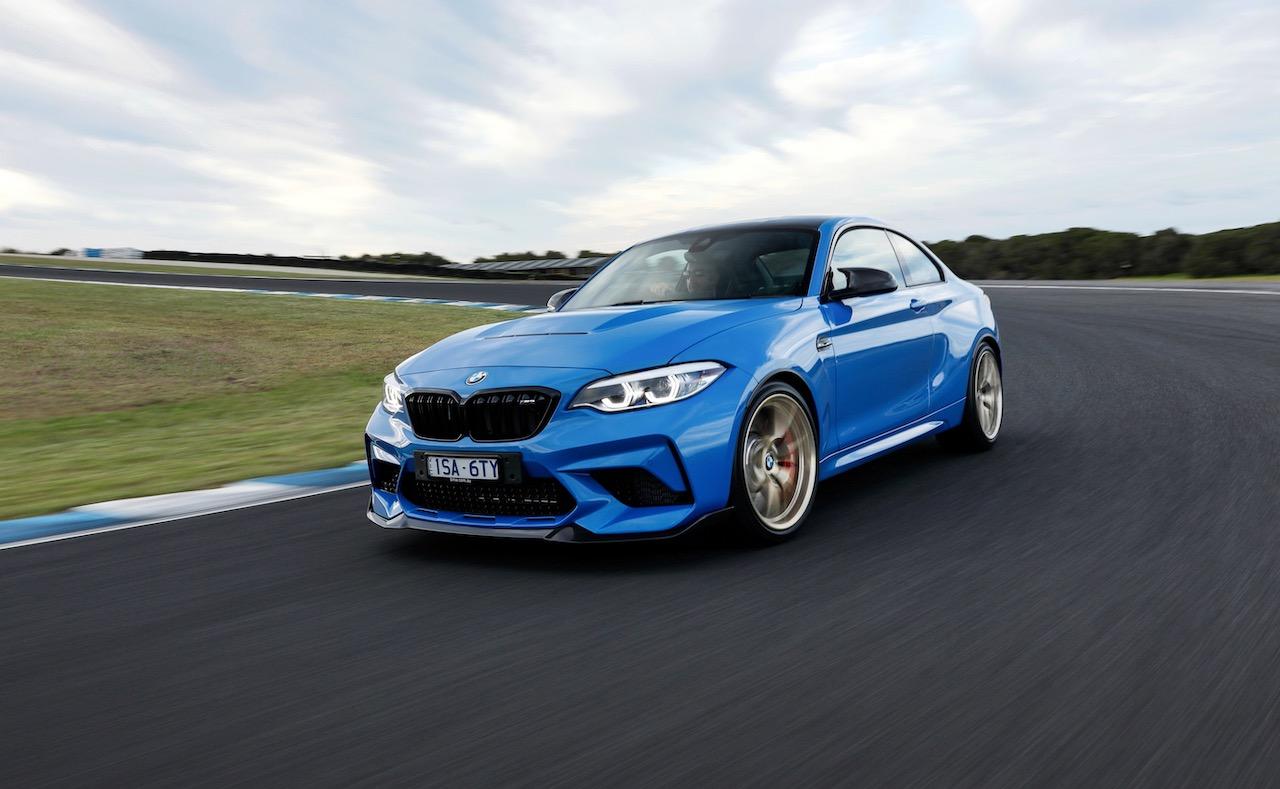 When the BMW M2 came out in 2016, it was the best driver’s car across the entire BMW range. Now there’s a new more powerful version called the 2021 BMW M2 CS – and it’s even better. Our track-only opportunity included both the manual and dual-clutch automatic.

Yep, a manual transmission is offered as standard on the CS. That’s a big tick for those who value sheer driving engagement over pointless 100km/h sprint times.

Plus, in an age when ever tightening emissions have forced downsizing upon the industry, you have to celebrate the fact BMW’s boardroom was able to sanction a twin-turbo inline-six in its smallest coupe, when rivals are using smaller engines. 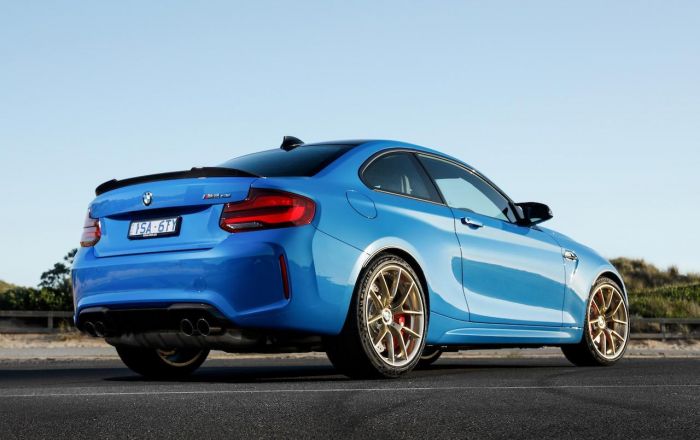 A straight-six will always sound so much better than a four-banger, no matter which way you tune it.

Like the 1 Series M Coupe before it, the original M2 made one of the sweetest noises of any BMW in a long time. It was also a bit sketchy at the rear end if the driver grew a little too eager with the throttle. In the wet, it was a proper handful.

Things got better when the more powerful M2 Competition landed in 2018, using the same powertrain from the F80 and F82 M3 and M4, along with more bracing, bigger brakes, and a few other chassis-enhancing tweaks.

Nevertheless, it didn’t pack the level of poise or composure required for confident high-speed track work, or B-road blasts for that matter.

Thankfully, all of that appears to have been fittingly resolved with the new M2 CS. Just like the new M3 and M4 Competition, all three of these M cars herald a return to proper BMW driving dynamics – the very hallmark of the marque itself. 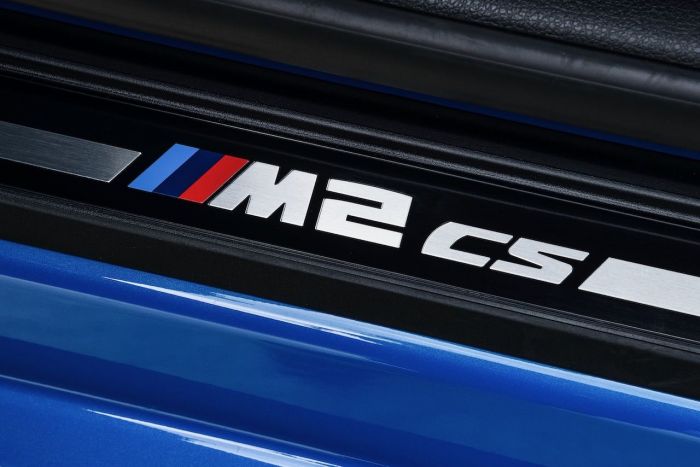 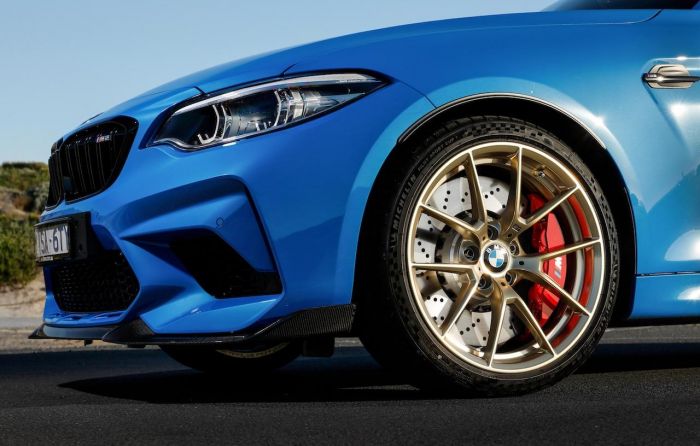 What do you get?

There’s no mistaking the M2 CS for its less-expensive M2 Competition stablemate. Not a chance, given the extent of lightweight carbon fiber used in the car.

The carbon bonnet alone saves weight compared to the Competition, while the high-gloss vents not only look the part but provide valuable cooling and increased downforce over the front wheels.

Rigidity is improved with the high-strength carbon roof and, together with the bonnet, serves to lower the car’s center of gravity – a plus for any track-willing performance car. 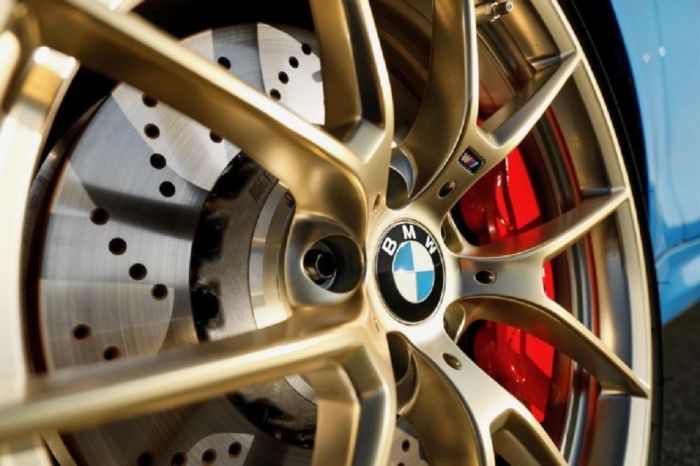 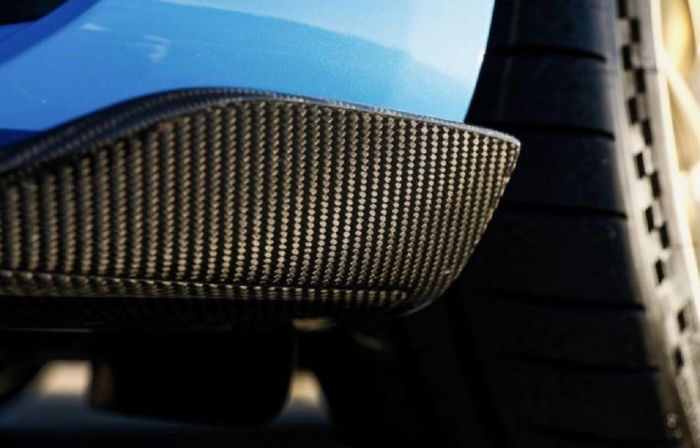 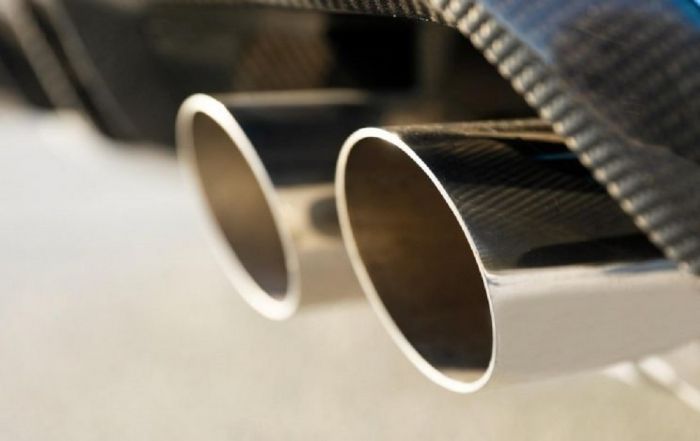 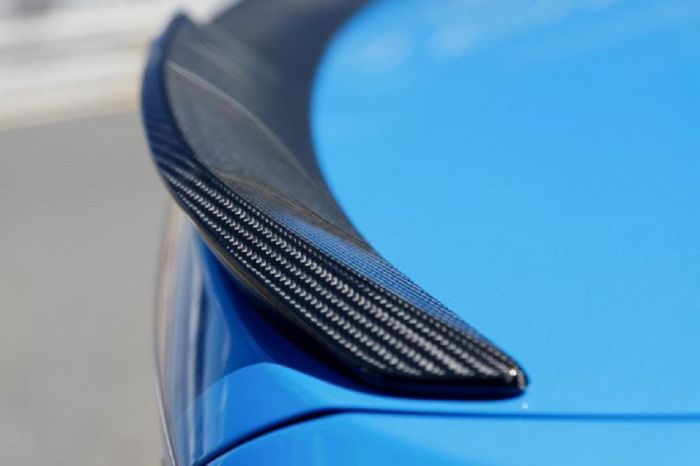 Both the front splitter and rear diffuser are also fashioned from the lightweight material and differ from those on Competition variants due to specific airflow and downforce properties.

Just like the latest M3 and M4, BMW has loaded the M2 CS with a comprehensive list of standard features above and beyond the host of upgrades, many of those exclusive to this limited model. 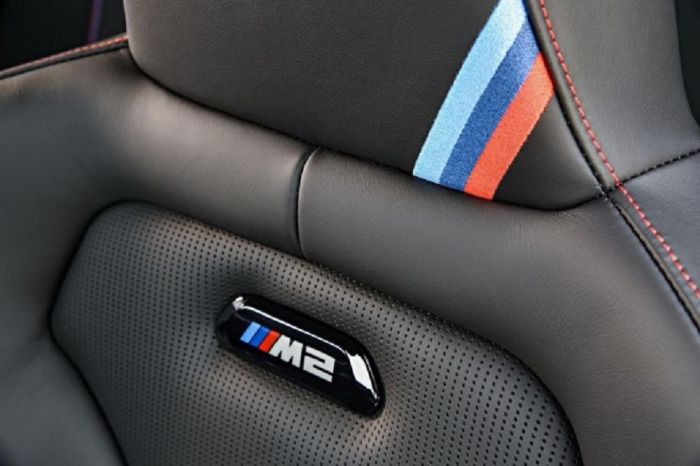 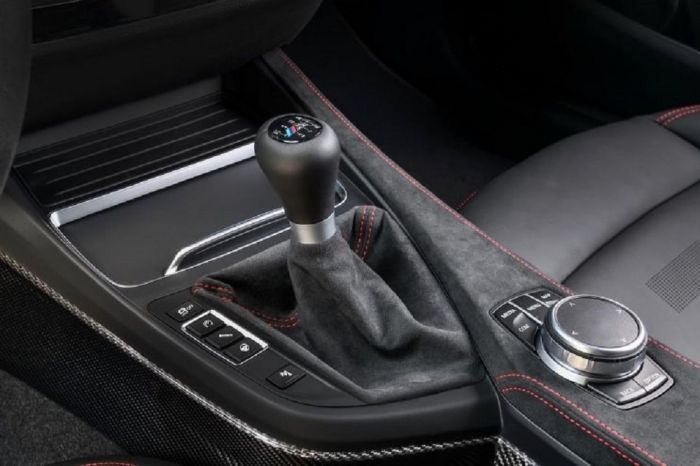 Highlights include the M Competition seats with contrast stitching in red and an illuminated M badge, an Alcantara steering wheel, lightweight carbon for the transmission tunnel and door pulls, and door sill plates with carbon badging. 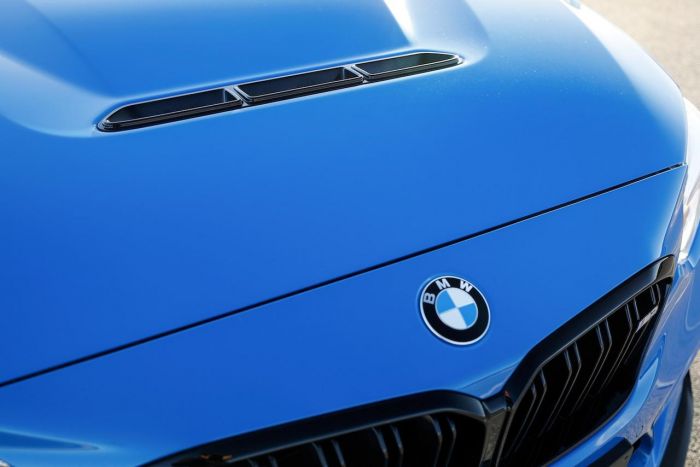 They’ve fine-tuned the suspension for track use, and added adaptive suspension to the CS’s dynamic arsenal for the first time, allowing a wider variety of driver settings along with increased ride comfort on the road – well, that’s the claim.

Even the wheels are special, not just for the fact they’re matte gold and exclusive to the M2 CS, but for their reduction in unsprung weight.

While both the Competition and M2 CS effectively use the same exhaust system, its appearance and aural character has been honed to deliver a racier note that’s best heard trackside. It’s stupendous in that regard. 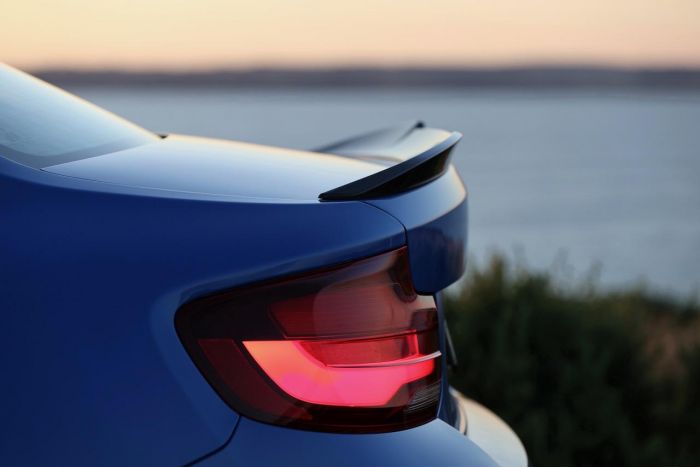 The BMW M2 CS is related to the 2 Series Coupe, which has never been crash-tested by ANCAP or Euro NCAP – therefore no safety rating is available.

That said, it does get six airbags (driver and passenger, head airbags in front and rear, side airbags front and rear), adaptive cruise, a rear-view camera, tire pressure monitor, and a speed limiter. 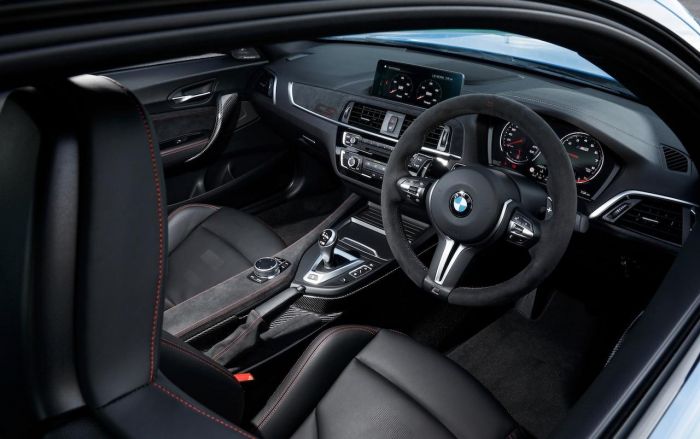 What is the BMW M2 CS like on the inside?

While all the good stuff is there, like proper race-style sports seats, an Alcantara steering wheel, and plenty of genuine carbon fiber inserts, don’t expect full-on luxury in your M2 CS.

That’s not what this car is about and frankly, you won’t miss any of it on track. 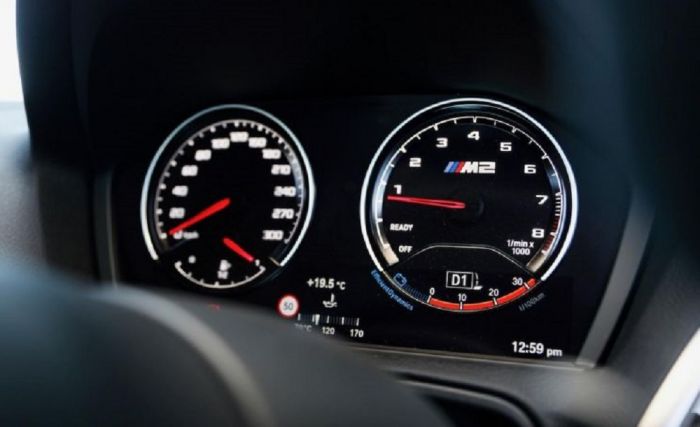 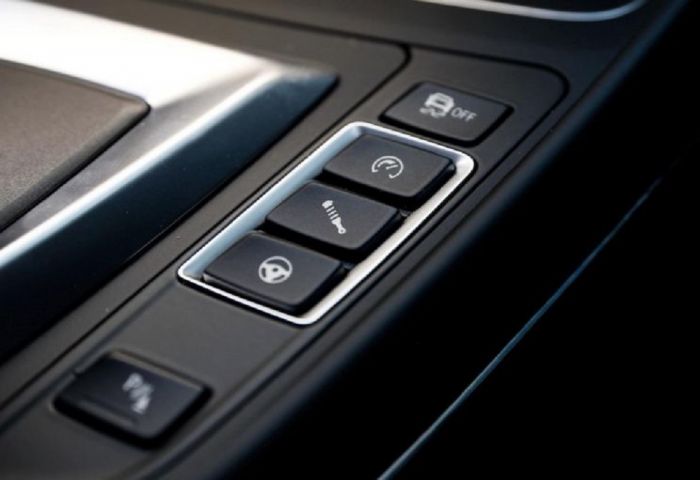 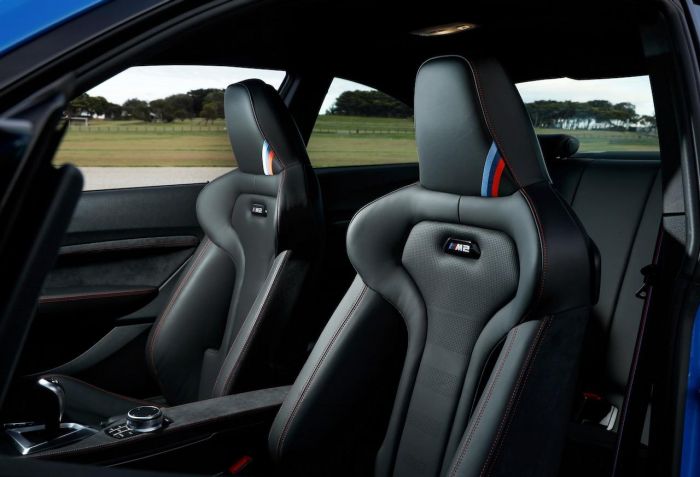 That said, the combination of Merino leather and super-soft Alcantara looks and feels positively premium, as do those carbon-fiber trim accents.

Honestly, I was almost disappointed to reach down and feel the electric seat adjustment – manual versions might have saved some weight. Strange as it may seem the M2 CS is no lighter than the M2 Competition, which still puzzles me.

There’s even a rear seat and a thoroughly practical boot with 390 liters of luggage capacity for daily duties, should you be lucky enough to bag one of the 86 cars up for sale. 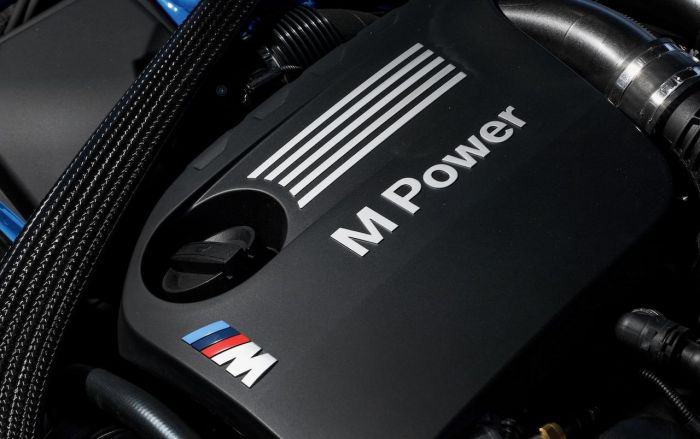 What’s under the bonnet?

The CS uses the same characterful S55 motor from the M2 Competition, which itself was a development of that used in the fifth-generation M3 and M4 models, only this time it’s been optimized with more power and a wider torque band.

At the heart of the CS is a 3.0-liter twin-turbo inline-six sending 331kW at 6250rpm to the rear wheels, an increase of 29kW over the M2 Competition.

At the same time, the two mono-scroll turbochargers sustain the engine’s 550Nm of torque between 2350 and 5500rpm.

Bonafide car enthusiasts will likely welcome the M2 CS as the first ‘CS’ model to be equipped with a six-speed manual as standard, but you also can option a seven-speed M-DCT.

In standard six-speed manual guise the M2 CS can scoot from zero to 100km/h in 4.2 seconds, or 4.0 seconds with the optional seven-speed dual-clutch auto – that’s two-tenths quicker than the equivalent M2 Competition.

Top speed is 280km/h thanks to the standard inclusion of the M Driver’s Package. 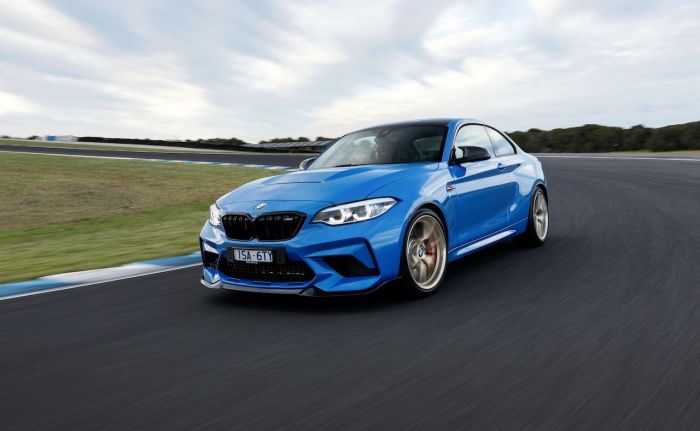 How does the BMW M2 CS drive?

There’s a signature BMW M bark from the moment you push the red start button. I can’t tell you if it sounds all that different from the M2 Competition, but earlier that afternoon when I was shooting a video on the M3, we were pleasantly disturbed by an M2 CS going flat stick down the main straight. It makes all the right noises.

There’s nothing like the smooth-revving nature of the BMW S55 straight-six, along with plenty of sustained muscle from the twin turbos. You long for this kind of sensation in a road-going performance ride, and it doesn’t get much better than this as far as front-engine, rear-drive cars go.

Barrelling out of pit lane and onto the straight at the mandatory full-throttle in the most aggressive Sport Plus setting is just heaven as you hurtle towards turn one and feel the pointy nature of the steering. It’s heavy in this mode, but perfect for the track, especially Phillip Island. 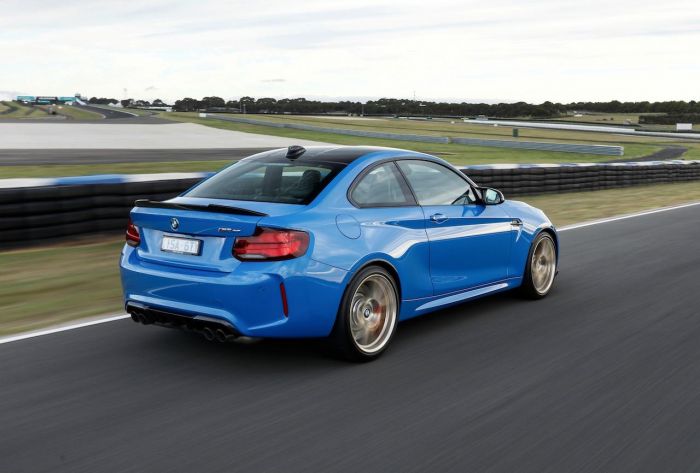 It feels wonderfully balanced and agile – not something I would have said about the last M2 I drove. Let me put it this way, I’m pushing harder on my first lap than I did after many more laps in the M3/M4, because this car feels relatively neutral and tied down.

By lap three, I’m leaving my right foot pinned to the firewall longer than I’ve ever felt comfortable down the main straight, and thanks to some instruction from the passenger seat I’m mostly flat through Stoner Corner and turns seven and eight – that’s 100 percent the car, not me.

Even the tighter corners are dispatched with ease thanks to the extra bracing employed in the M2 CS.

I’m focused on being smooth, but the car communicates its intentions at the limit nicely, so it’s easy to throw it around the really tight stuff – turns four and 10 – because of that near-perfect balance. I can only imagine what it would be like to drive if you removed the rear seat and a few other niceties and sliced off 100kg or so.  I guess that’s the M2 CS Racing. 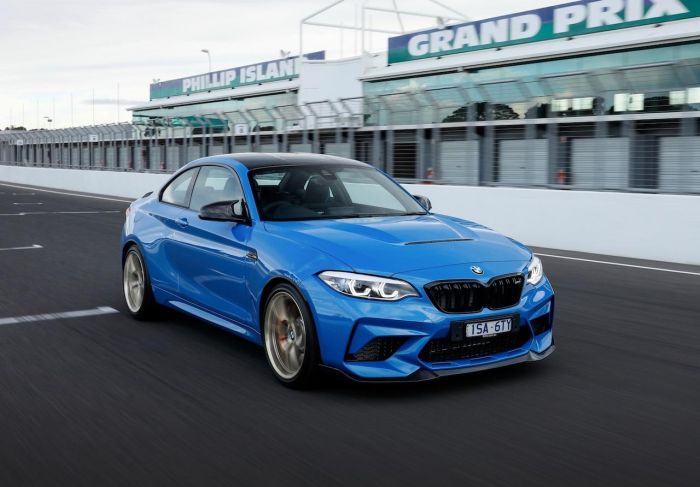 While you can option the lighter carbon ceramics if you’ve got the extra coin, our testers were equipped with standard M stoppers; 400mm front discs with six-piston calipers and 380mm units at the rear with four-pots.

They’re strong, with good progressive pedal feel and no sense of fade during the 12-or-so laps I got in both manual and auto versions.

Would I prefer the manual over the quicker dual-clutch variety? Not sure. I can’t make up my mind even though I’m a big fan of BMW’s quick-shifting paddles.

No doubt the manual demands more of the driver.

Clearly, things like evaluating ride comfort over normal road surfaces wasn’t possible at the track, but this is one of the few areas requiring further evaluation. Given the M2 CS has adaptive suspension even that may be sorted. 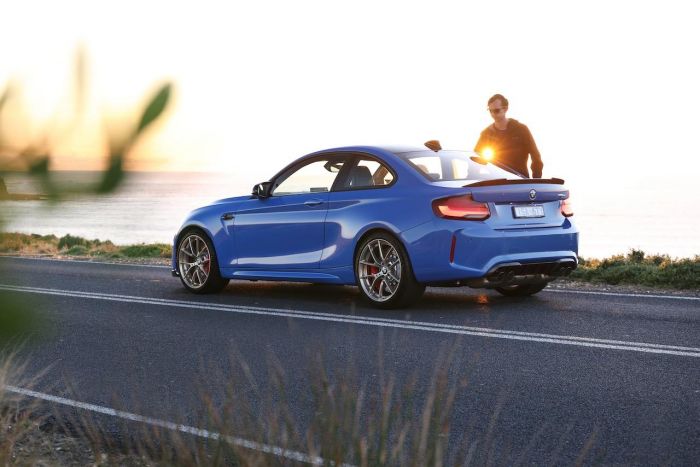 How much does the BMW M2 CS cost to run?

BMW offers a three-year, unlimited-kilometer warranty across its entire range including the M2 line-up.

Buyers can also choose an inclusive five-year/80,000km service package at $2869 for basic cover, which includes consumables like engine oil and filters.

Choosing the more comprehensive ‘Plus’ package for $8497 adds the replacement of front and rear brake discs and pads, clutch discs and plates, and wiper blade rubbers.

Factory fuel consumption claims for the M2 CS range from 10.2L/100km for the six-speed manual on a combined cycle, down to 9.4L/100km for the seven-speed dual-clutch auto. 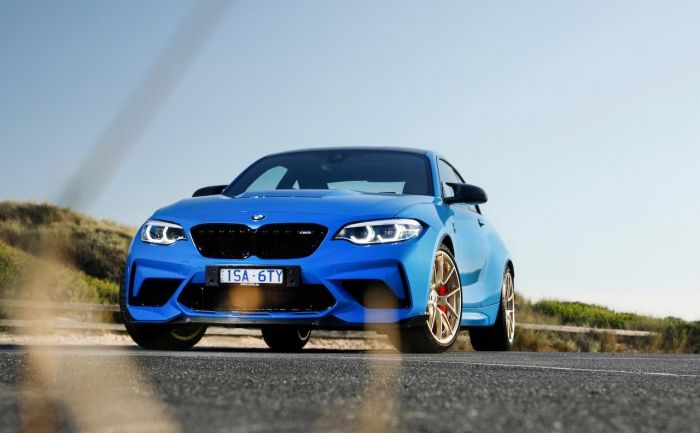 I can’t tell you absolutely if the M2 CS is worth the extra coin it commands over the M2 Competition, but I suspect if you counted the cost of all the extra carbon bits, as well as the swathes of Alcantara and extensive engineering tweaks, you’d end up close to its $139,900 price tag – if not a bit in the black.

Then there’s its standout tough-guy stance and menacing looks for anyone confronted with that view in their rear-view mirror. It’s easily one of the most desirable looking BMWs in the current range.

Not since I drove a pristine example of the iconic E46 M3 CSL on some exquisite twisties in Germany have I felt such a thrilling connection with a BMW coupe.

The M2 CS is a beautifully balanced performance machine and the direct result of that magic combination of a smooth-revving straight-six – responsive to the smallest throttle input – and newfound chassis enhancements.

The sum of those parts is the best driver’s car that BMW currently builds. Full stop. 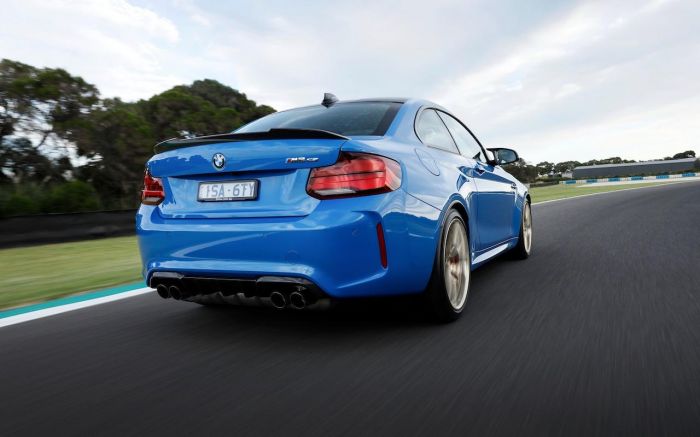 How much does it cost?