Louisiana Moving Toward Legalization: Let the Good Times Roll Me A Doobie 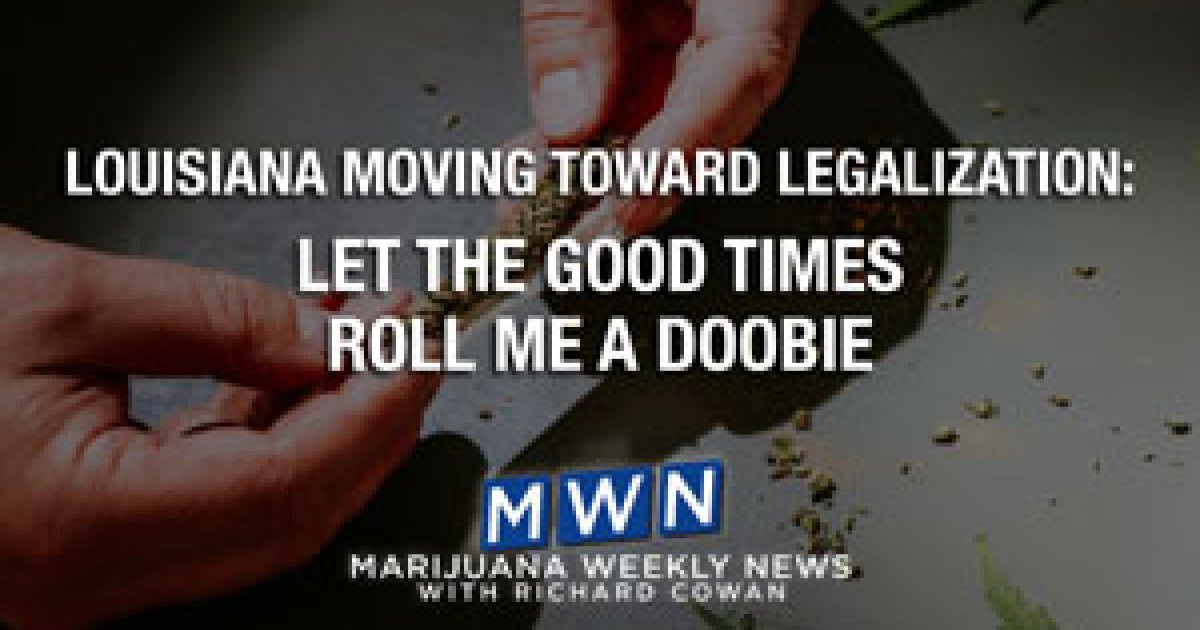 The last time I was in New Orleans I nearly died of an overdose — of food. It is rightly famous for its unique cuisine and culture, and for the Mardi Gras, and for the touristy French Quarter.

The unofficial motto, “Laissez les bons temps rouler”  is Cajun French for “Let the Good Times Roll”, but in 2020, the COVID-19 pandemic hit the city without warning just as Mardi Gras began, with devastating consequences. This year Mardi Gras was canceled so the good times have not been rolling, and there are not many places that need marijuana more than Louisiana and New Orleans.

According to the Louisiana 2021 Marijuana Poll conducted by JMC Analytics and Polling, sixty-seven percent of Louisianans favor the legalization of both medicinal and recreational marijuana, Reflecting the national trend, that’s 13 points more than the 54% who favored legalization in last year’s poll.

Meanwhile back in the French Quarter, the hospitality sector has been devastated by the loss of tourism, so adding marijuana to the “menu” makes perfect sense. One of the things that makes the Quarter unique is the custom of carrying drinks out on the streets, often in big “Hurricane Lantern” shaped glasses. Somehow, having a joint in your hand doesn’t seem like such a big deal.

See LATIN AMERICA MOVES TOWARD LEGALIZATION FROM ARGENTINA TO MEXICO, WITH SOME ABSURD EXCEPTIONS

On the other hand, there is a certain poignancy thinking about another of New Orleans nicknames, “The Big Easy”, which is believed to have originated with the musicians like Louis Armstrong, who invented Jazz with a little help from what Armstrong called “Gage.”

When it is finally liberated, there should be a great party to celebrate “Gage” coming home.

Richard Cowan is a former NORML National Director and author of CBD Seniors for Hemp Blog.