I Was Wondering If I Really Needed to Write About Violence Against Asians in America. Turns Out, I Do. 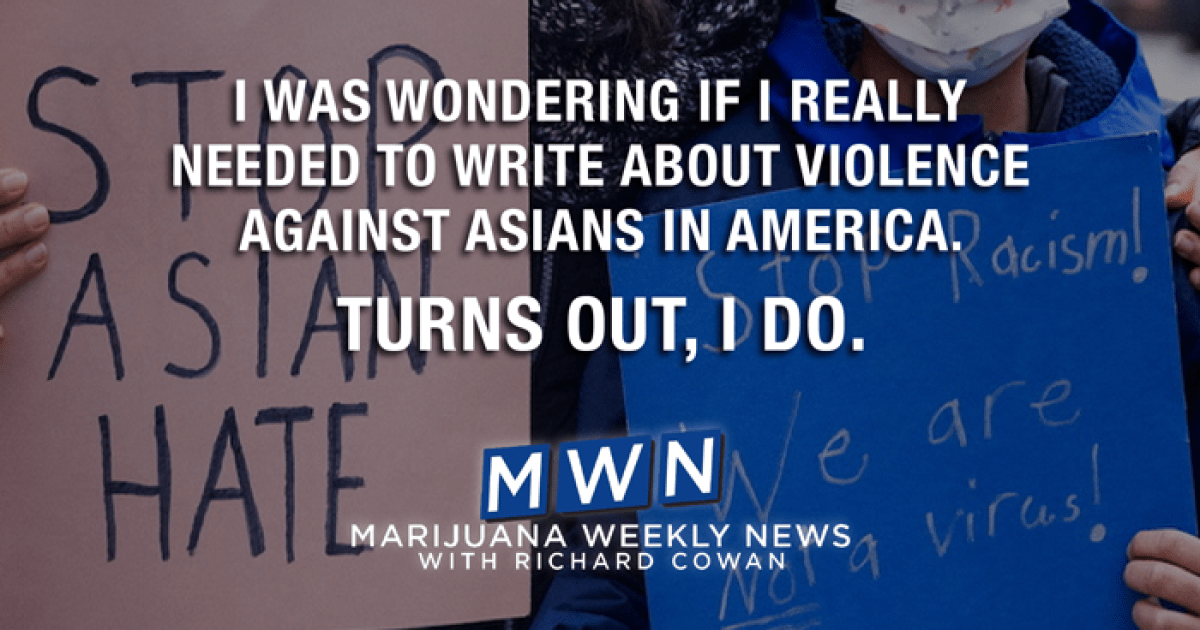 It all seemed so absurd. Could this really be happening? Surely it was just a part of the general craziness of the pandemic. Deranged people of all races were attacking people of all races. However, the statistics are astonishing. According to NBCNews.com, “There were 3,800 anti-Asian racist incidents, mostly against women, in past year.”

It is a real thing, but I simply could not and still cannot imagine that anyone who might read anything that I might write would be inclined even to be rude, much less violent towards Asians.

Besides I am writing this from one of the safest cities in America, Irvine, California, and it is not entirely coincidental that its population is over 40% “Asian.” The “quotes” around Asian remind us how wide a net that really is.

Although these attacks seem to be “anti-Chinese”, encouraged by Trump repeatedly referring to the COVID-19 virus as “Chinese”, implying that the Chinese people, especially Chinese Americans, rather than the dictatorship that so many of them fled, were collectively responsible for it.

Of course, that is beyond stupid. It is morally obscene. Given the level of stupidity, it should not be surprising that many victims are not even Chinese. On the other hand, Chinese immigrants who came to California during the Gold Rush were also subject to racial prejudices. But invidious racism was common then. And after Pearl Harbor, native born Americans of Japanese ancestry were locked up in “camps.” But that was during a war.

Now the astonishing murders of Asian women in Georgia remind me of Edmund Burke’s dictum that all that is necessary for the triumph of evil is for enough good people to do nothing.

Beyond the moral necessity, there is also the national interest. This is the worst possible time for the people of the world, and not just Asians, to think that deranged thugs represent the American people. That is not who we are. We want and need for America to be seen as the champion of personal freedom for all our people, and our friends and neighbors.

The racist fear mongers who cheer violence while waving guns in the Capitol are the real threat to the Republic. But even they get “due process”. Real patriots seek peaceful tranquility, which is currently in short supply.

American Christians once sent missionaries to China, now too many American churches have become vehicles for a “Christian Nationalism” that serves neither Christ nor America. So who then does it serve?

Lord, make me an instrument of thy peace.

Where there is hatred, let me sow love.

So, now let peace begin with me.

Richard Cowan is a former NORML National Director and author of 5 Important Things To Consider Before Buying CBD.