Every Photo of the New ‘Gossip Girl’ Cast Filming in New York City: See the Pics 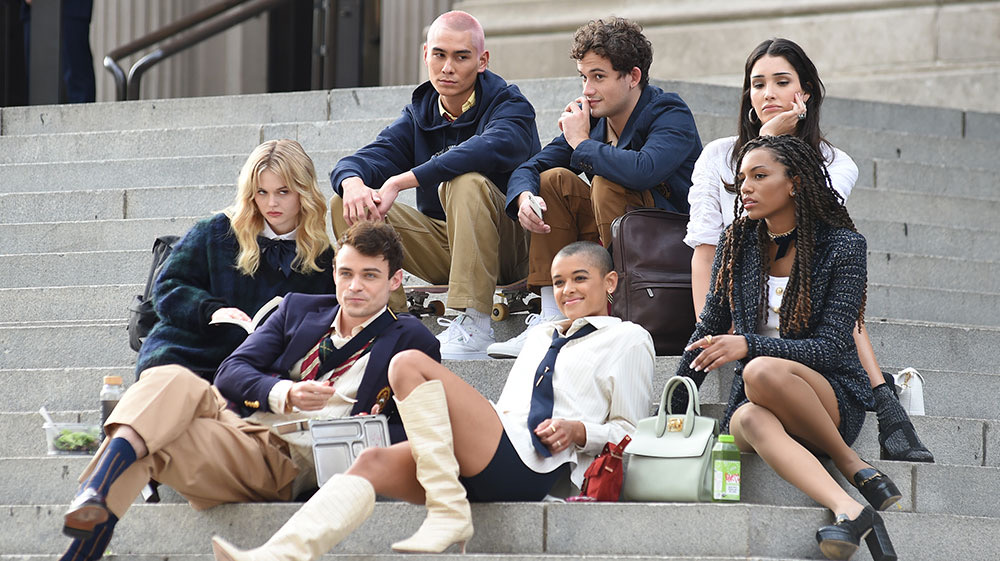 A new generation! Filming for HBO Max’s upcoming Gossip Girl series is in full swing and, since the beginning of November 2020, the stars have been photographed while on set in New York City.

Starring Whitney Peak, Eli Brown, Jordan Alexander, Emily Alyn Lind, Savannah Smith, Jason Gotay, Zión Moreno, Thomas Doherty, Tavi Gevinson and more, the reimagined show is set four years after the original Gossip Girl ended. Similar to the series fans know and love, this new group of Upper East Siders will also be under Gossip Girl’s social media microscope. The highly anticipated show is set to have 10 episodes and was projected to premiere in 2020, but due to the ongoing coronavirus pandemic was pushed until 2021.

“It is very much dealing with the way the world looks now, where wealth and privilege come from, and how you handle that,” showrunner Joshua Safran told fans at 2019 Vulture Fest. “The thing I can’t say is there is a twist, and that all relates to the twist.”

Although information about their characters have been kept under wraps for the most part, some stars have spilled a tiny bit of tea. Jordan, for her part, told Dazed in February 2021 that her character, Julien, is “powerful and deep – she was more than that typical high-school popular girl. She has an interesting, powerful undercurrent.”

During the same Dazed interview, Emily also gushed over her role. “When I first met Audrey, I thought it was going to be a really exciting experience just because she’s a really well thought-out character,” the actress said.

In March 2021, Whitney told Wonderland that “everybody has something to say about [the show], and I can’t add to the conversation.”

“It’s kind of overwhelming,” she added. “But I’m so excited for the audience to be caught off guard!”

The original Gossip Girl starred Blake Lively, Leighton Meester, Penn Badgley, Chace Crawford, Ed Westwick and Taylor Momsen, and aired from September 2007 to December 2012. As fans know, the OG crew often frequented the Metropolitan Museum of Art steps, which is just one of the locations where the new cast has been seen filming. But will they return for this sure-to-be amazing reboot? “We’ve reached out to all of them to let them know it was happening, and we would love for them to be involved if they want to be involved,” executive producer Josh Schwartz said in July 2019.

Scroll through our gallery and check out all the photos of the new Gossip Girl stars on set.