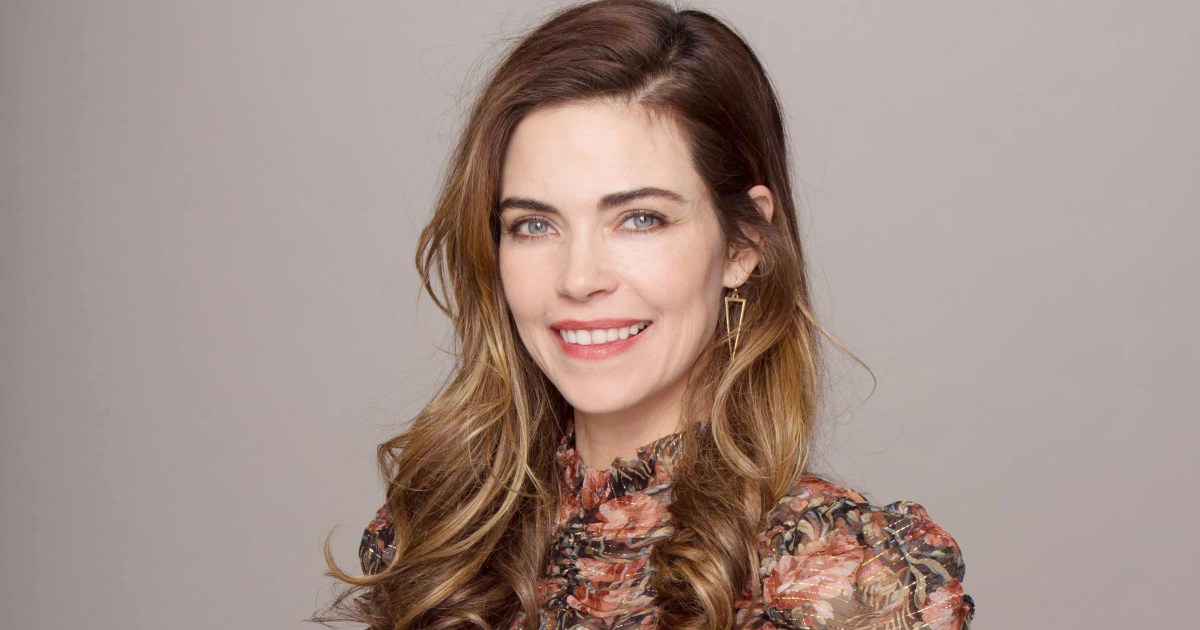 In 2007, Victoria’s coma was scripted so that you could go on your real-life maternity leave with your son Rowe. What was your reaction when you found out this plan? “I don’t remember who it was but someone did tell me [in advance], but I didn’t give it much thought until it was happening. Comas can be really great but they can also be really scary. It can either mean you’re having a little break or you’re getting fired and your character isn’t waking up. You have to be careful of what you wish for.”

Did you think playing comatose would be easy? “You know, I didn’t realize until I was a week into playing the coma how easy it would be. I was basically rolling out of bed and coming to work in my pajamas and then staying in my pajamas. I didn’t have to go into hair and makeup and I just laid in bed the whole time I was on set. I didn’t have a single line, of course, because I was unconscious, and I was done with my scenes by 9:30 in the morning. This went on for quite a while.”

Did you enjoy the experience? “It was the most amazing time for me. I was really pregnant and ready to be done so I could go on my maternity leave. Because I didn’t have to do anything, I told them to use me as long as they needed and I ended up working all the way up to a week before my due date. I just remember everybody being mad at me because I was so lucky [laughs]. It was like winning the acting lottery. I was still working every day and after three weeks in, Melody [Thomas Scott, Nikki] would come in and have to recite these monologues over me while crying. She had so much work she had to do, while I would just lay there. One day she looked down on me and was like, ‘Uh, how long have you been in this coma?’ I said, ‘I think I’m going on week four.’ I think she got a little jealous.”

With all of that laying around to do, did you have a comfy bed? “The bed was amazing! The mattresses are always super-comfortable and the pillows were really nice. There’s just nothing bad about it. I can’t tell you enough how wonderful that was.”

Was it ever difficult not to react when actors had speeches or were crying at your bedside? “Not really because I would try to focus on not moving, which is harder than it sounds. You don’t want your eyes to blink or twitch or move around. That’s when I would try to relax my body and my mind, like I’m trying to fall asleep.”

Did you ever nod off? “No, because I don’t fall asleep that easily anyway. There’s a lot of crying when people are in comas, so you can’t goof off, which is what I like to do, but you have to respect the other actors who are being so serious in the scenes.”

How do you keep yourself entertained? “I didn’t even have to go in for blocking, so I would just roll in minutes before taping time. Since I didn’t go to blocking, I would hear their dialogue for the first time, so I would have to listen closely to their words because I had no idea when anyone was done with their lines. Usually you rehearse together and you know what everyone is going to say, but in this situation you’re basically checked out and hearing everything for the first time, so it was highly entertaining for me.”

Did you or anybody else ever laugh in scenes? “There were times when someone would come in and say something that was super-funny, then we’d all bust up. I remember when it was Eric [Braeden, Victor] in the bed because Victor was in a coma, and Josh [Morrow, Nick] said something to make Eric start giggling. All of a sudden, you realized the bed is shaking because he’s laughing. When he starts doing that, then it’s all over. We’re pretty good at not laughing but sometimes we’ll crack.”

At any point did coma playing get old? “I was never [like], ‘I can’t wait to get back to wearing pretty clothes and memorizing lines,’ but you do start feeling a little guilty from not pulling your weight. In fact, you should be working at a discount because that’s just robbery. It was like getting paid to nap. I knew it would come to an end eventually and that I’d probably never get that chance again.”

But you did! Victoria was in a short-lived coma last year when she was stabbed. “That only lasted a couple of days. I was so bummed out that it was short and as soon as I woke up, I had a bunch of lines. I remember thinking, ‘Now, that’s not the kind of coma I’m used to!’ ”