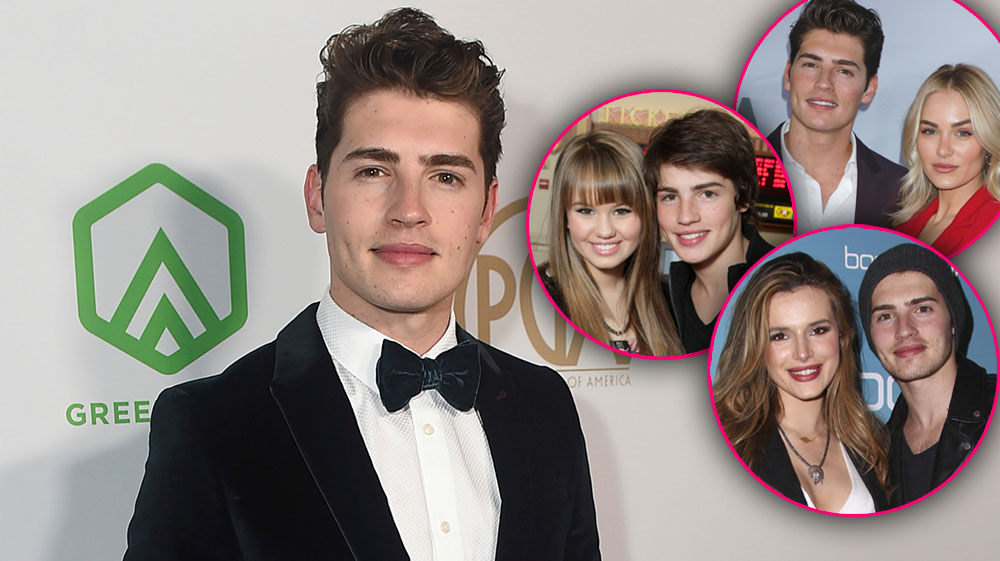 He’s off the market! Gregg Sulkin may be in a serious relationship, but the actor was previously linked to some major stars over the years.

Prior to his current romance with long-term love Michelle Randolph, the former Disney Channel star was rumored to have dated both Debby Ryan and Bella Thorne. Although he and the former Suite Life on Deck actress denied that anything romantic went on between them back in 2010, Gregg and Bella had a pretty public romance when they were together.

“He’s one of the most amazing people I’ve ever met. He’s so kind, so sweet. He’s very caring even when he doesn’t need to be,” Bella told Us Weekly in 2015 about her relationship with the actor. “And I think maybe it’s because he’s raised in such a great way with his British manners.”

The former Disney stars were together for a little over one year before announcing their split in August 2016. “After much thought and soul-searching, we have made the difficult decision to end our relationship,” the exes shared in a joint statement to E! News at the time. “We will always love each other and have a deep respect for one another, as we have each grown to be better people because of our time together.”

Following his public breakup from Bella, Gregg kept his relationships out of the public eye until going Instagram official with his current girlfriend, Michelle, in October 2018.

“I always said that if I were to have a child with Michelle, I definitely want the child hopefully to take Michelle’s looks, because she is absolutely stunning,” the Wizards of Waverly Place alum told Entertainment Tonight in October 2019. “But in all fairness … when you’re actually in a relationship with somebody, I find that you obviously get to know them spiritually, mentally, and so my favorite thing aside from Michelle’s exterior beauty truly is how kindhearted she is.”

He added, “[She’s] warmhearted, and such a kind and sensitive heart … So I think aside from the exterior beauty, she’s dope.”

Throughout their time together, the pair has become relationship goals, often posting pretty romantic snaps together and making joint YouTube videos. In fact, Gregg even told HollywoodLife in December 2020 that Michelle was “incredibly helpful” in the launch of his Gridlock clothing collection. “I am very thankful for her. She absolutely excels in the fashion space and has helped out in design meetings,” the actor shared. “I love to hear Michelle’s suggestions.”

Scroll through our gallery to uncover Gregg’s complete dating history.