‘RHOBH’ Newbie Kathy Hilton’s Transformation Is Fierce — But Has She Gotten Plastic Surgery? 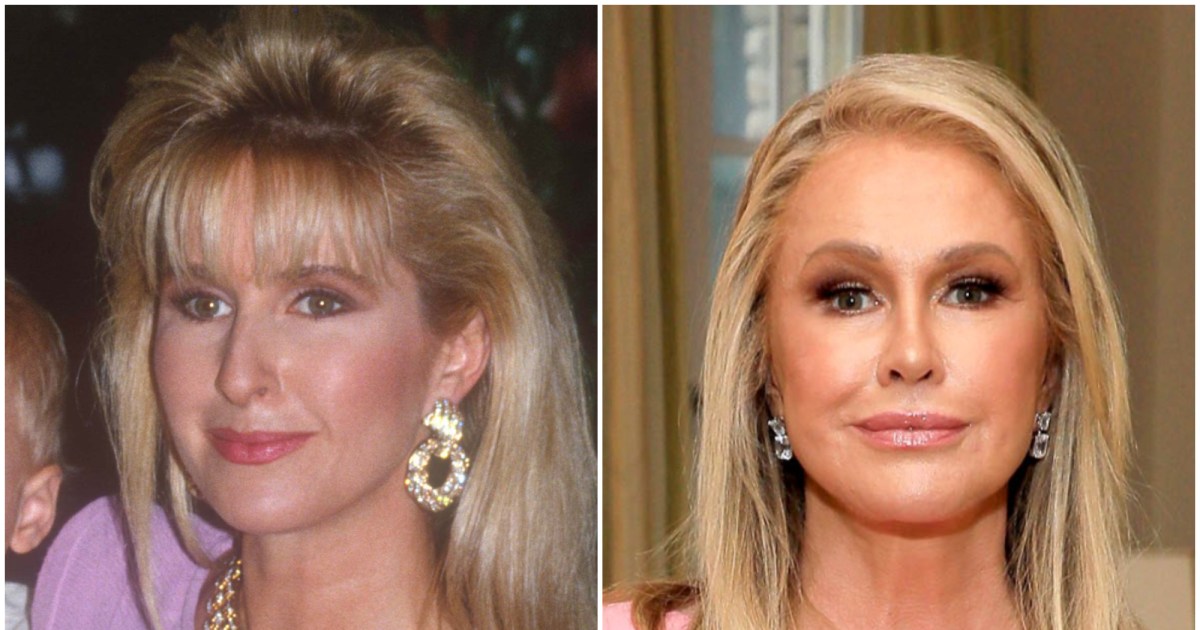 Has she or hasn’t she? Real Housewives of Beverly Hills newcomer Kathy Hilton has changed a lot since coming onto the California socialite scene in the late 1980s. Now that she is a member of the Bravo series’ cast — alongside younger sister Kyle Richards — fans are curious if the Hilton Hotels mogul has ever gotten plastic surgery.

Kathy has never spoken publicly about going under the knife, but over the years, there have been several reports about potential procedures she may have undergone to alter her look. Some of those enhancements included rhinoplasty, Botox and a face-lift.

The New York native has seemingly instilled the desire to stay away from plastic surgery in her eldest daughter, Paris Hilton. “I’ve never done any Botox, filler — no plastic surgery in my life,” the reality TV queen told People magazine at BeautyCon in April 2018. “I’ve always been obsessed with skincare.”

Kathy’s sister Kyle has also allegedly stayed away from plastic surgery — until recently, that is. The Halloween alum revealed during the RHOBH season 11 premiere episode in May 2021 that she had gotten a nose job. However, it was a necessary evil due to an injury the reality star incurred while filming the upcoming Halloween sequel film Halloween Kills. The Bravo star also mentioned during the premiere that she asked her surgeon to do some cosmetic work on her nose while fixing it, and that she liked the way she looked with the changes.

Kyle has been adamant about her past with plastic surgery. “Did [you] have a face-lift? You look very different,” an Instagram user asked her in March 2020, to which she responded, “No, I did not. And I do not look different.”

During a recent episode of the “This Is Paris” podcast, Paris revealed she had qualms about her mom’s involvement in the long-running series. “I don’t know what to think,” she said of the show, noting it can be “so much drama.”

She added, “I hope that my mom doesn’t get into arguments with people because I feel like those type of shows feed off of that and they want everyone to fight, and they love the drama, and I just don’t want my mom having to argue with people on national television.”

Scroll through the gallery below to see photos of Kathy’s total transformation from socialite to RHOBH newbie!