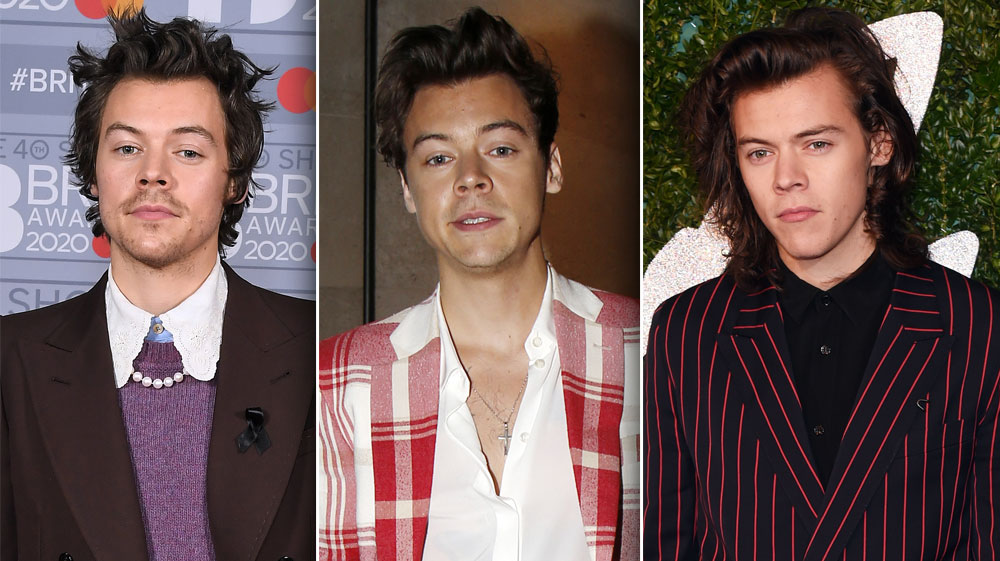 It’s the Gucci suits for us! Not only has Harry Styles made a name for himself in the music world, but the former One Direction singer has become a fashion icon since stepping foot into the spotlight.

While in the boyband, the “Sign of the Times” crooner often matched his outfits with his fellow bandmates. Once he kicked off his solo career in April 2017, Harry’s on-stage and red carpet looks had a major upgrade. “As a kid I definitely liked fancy dress,” the British musician said during a Vogue interview in December 2020, noting that he “wore tights” in a school play when he was younger. “I remember it was crazy to me that I was wearing a pair of tights. And that was maybe where it all kicked off!”

During the same interview, Harry’s older sister, Gemma Styles, remembered him always dressed up in costume. “My mum loved to dress us up,” she shared at the time. “I always hated it, and Harry was always quite into it. She did some really elaborate papier-mâché outfits.”

While on the X Factor in 2010, the curly-haired cutie and his bandmates wore jeans and t-shirts to perform, sticking with a more casual look. Now, Harry feels like “you can never be overdressed,” he told Vogue. “There’s no such thing. … Now I’ll put on something that feels really flamboyant, and I don’t feel crazy wearing it. I think if you get something that you feel amazing in, it’s like a superhero outfit. Clothes are there to have fun with and experiment with and play with.”

When it comes to breaking barriers with his fashion choices, the Fine Line singer also told the publication that it’s “really exciting” that the lines between men’s and women’s clothing are “kind of crumbling away.”

“Once you remove any barriers, obviously you open up the arena in which you can play,” he explained. “I’ll go in shops sometimes, and I just find myself looking at the women’s clothes thinking they’re amazing. It’s like anything — anytime you’re putting barriers up in your own life, you’re just limiting yourself. There’s so much joy to be had in playing with clothes. I’ve never really thought too much about what it means — it just becomes this extended part of creating something.”

Harry may love putting on different looks, but we love seeing him in the vibrant and over-the-top outfits! Scroll through our gallery to see pictures of the singer’s most fashionable moments over the years.